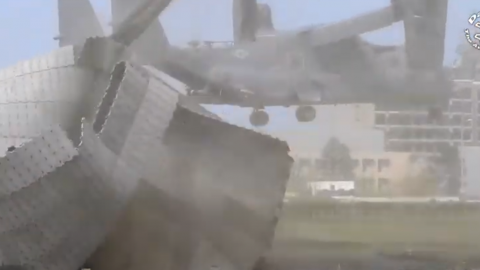 The Helipad Is Now Back In Use

The helipad at Addenbrooke’s Hospital in Cambridge was accidentally destroyed and the rubber matting thrown into the air as a USAF CV22 Osprey departed from the landing site. The military aircraft was used for a training exercise. Fortunately, no injuries have been reported from the said incident. For the record, the Osprey is quite known for blowing things away such as chairs and tents.

As a result, air ambulances had to be temporarily rerouted to Cambridge City Airport but as of this writing, the helipad at the aforementioned hospital is now back in use.