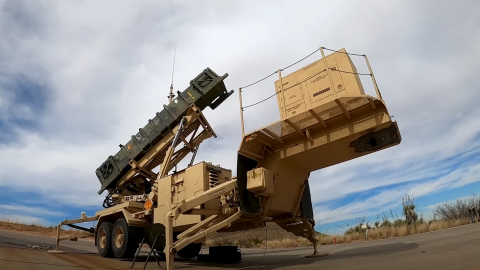 Well Into The Future

These surface-to-air missile systems were famously deployed during the 2003 Iraq conflict. It was stationed in Kuwait and destroyed several hostile missiles using its Patriot Advanced Capability-3 and guidance-enhanced missiles.

Furthermore, the Patriot system also proved reliable during the Persian Gulf War in 1991 by engaging over 40 Iraqi Scud missiles.

Today, the MIM-104 is under Raytheon’s care to further enhance the system until 2023. Its latest software update, the PDB 8.1, offers a revamped GUI called Warfighter to Machine Interface, which employs 3D graphics to render terrain and airspace.

In the future, the Patriot system will also include the new GhostEye radars with support for an Integrated Air and Missile Defense Battle Command System.