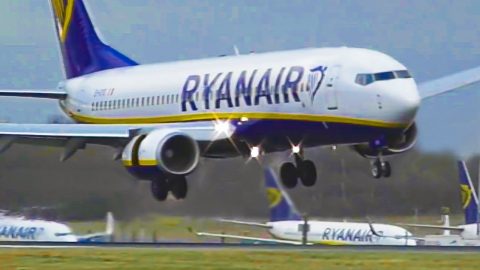 This RyanAir pilot uses the 737’s reverse thrust before landing at Stansted Airport, making the ride slightly bumpier than expected. Though it may seem peculiar at first, some comments have raised an argument that the pilot had valid reasons to do it.

In wet or windy conditions, the pilot can decide to deploy them before touchdown so the aircraft can have more break power at the beginning of the landing roll and avoid big bounces.

However, that didn’t stop some viewers from taking a fun jab at the landing. Perhaps the best comment comes from user Crusher103, saying:

That was not too early, it’s just Ryanair.  The absolute authority on all levels of aircraft and runway events.