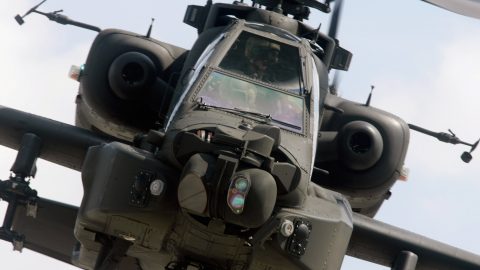 This Is Pretty Awesome.

Fighter pilots are a special breed of human beings. It doesn’t matter if you fly jets or helicopters, the fact that you strap yourself into any flying machine with guns and go into war is a trait not many have. You need to be bold, you need to be competent and have an adventurous side to you.

The Netherlands will be one of the biggest buyers of F-35 Lightning IIs in the near future.

That last one is clearly evident in this video. When not actively fight and on missions, these guys know how to have fun and entertain their buddies on the ground. With the skills they honed in combat, these guys hug the ground, buzz their friends and make whipping tight turns around their base.

Also noteworthy, these guys are Dutch. They operate 28 AH-64D Apaches in their Air Force which they bought from the United States. Also, they have 61 F-16 Fighting Falcons and just received 2 F-35s which they’re evaluating. If successful, they are going to purchase 35 more to replace their aging Fighting Falcon fleet.