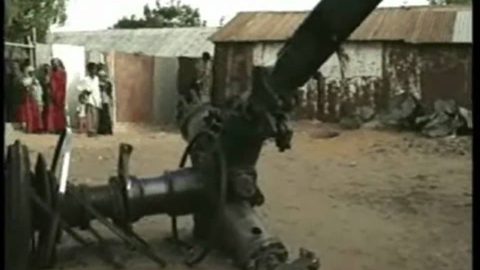 In 1993, two Sikorsky UH-60 Black Hawks were shot down during an operation in Somalia. This highly-publicized event became known as “Black Hawk Down.”

“Super 61” was the first UH-60 struck by an RPG-7. As a result, the aircraft violently crashed into a residential area, killing both pilots and injuring two more. Footage of the aftermath can be seen at the 1:40 mark in the video.

The second Black Hawk, piloted by Michael Durant, was also taken down by an RPG. Its crash damaged surrounding houses and killed several residents, which enraged the crowd even more.

By the end, only Michael Durant survived after being saved by Yusuf Dahir Moalim in the middle of being beaten to death. Durant was released eleven days later, and a picture of him on his release day is shown at the 3:38 mark.

The video’s end shows footage of how the crowd behaved during the sequence. As you might have expected, they were armed and ready for revenge.