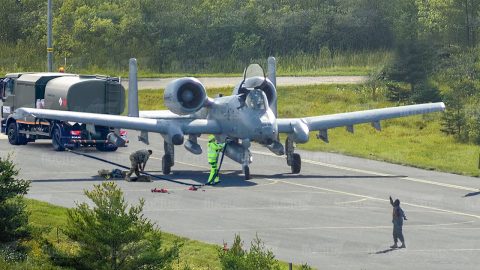 Around the 6-minute part of the video, we can see an A-10 land on the highway as cars and bystanders keep still to watch it unfold.

Included in this exercise was performing Integrated Combat Turns or ICTs, making it the first time it was done on an American public highway. This concept enables quick rearming and refueling of a running jet to reduce the crew’s ground time and get them back up into the air. Before this exercise, ICTs were only conducted at airfield bases on a weekly basis.