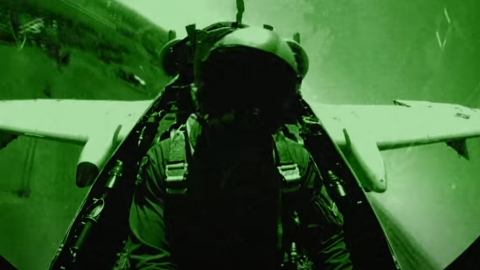 Out In The Open.

The war in Kosovo in the late 1990s was no walk in the park, the area turned into a brutal combat zone and culminated with hostile missiles shooting down an F-117 Nighthawk. The pilot landed safely, but he needed to be evacuated so things turn to the A-10 Warthog.

Enemy forces are closing in on the downed pilot and helicopters need to enter the area for rescue. However, the surface to air missiles remained an ever standing threat to the helicopters so they needed some help.

The A-10 Warthogs were sent in to provide cover for the endangered pilot. However, these missiles were capable of shooting down a stealth bomber and now the most unstealthy aircraft of them all was being sent in.

This actually worked to the advantage of the mission, because of the A-10’s all too obvious radar presence causing the surface to air missiles to focus their attention away from the helicopters.

The diversion worked and the F-117 pilot was successfully evacuated by the helicopters. It just goes to show you that there is no situation that can’t be remedied by an A-10 Warthog.

The A-10 pilot gives a full testimony of the experience in this clip from the Smithsonian Channel.