Has China’s J-20 Completely Outclassed All Of Its Competition? 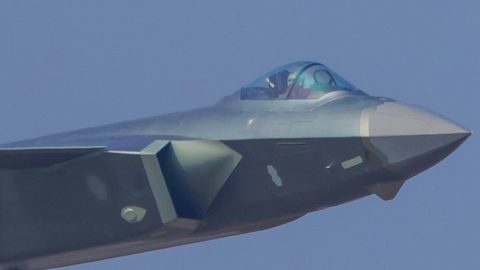 It has been a little over a month since China’s Chengdu J-20 Stealth Fight was declared fully operational and integrated the People’s Liberation Army Air Force. Tensions are risings in the area as China expands its reach to island territories prompting disputes with neighboring countries. If things boil to a head, how does the J-20 stack up to the fighter jets from other countries?

“The PLA Air Force, like the PLA Navy, lagged behind for many years and is eager to acquire cutting-edge capabilities now that the Chinese industrial base has grown stronger and budgets are flush.”

The primary rival of China is the Japanese Air Self-Defense Force which has been known to scramble their fighters countless times against Chinese aircraft. Currently, Japan uses the Mitsubishi F-2 which is their variant of the F-16. These fighters may be able to hold their own but are relatively untested against the capabilities of the J-20. Japan also has the Mitsubishi X-2 in development which could outpace the J-20, but it is still years away from completion. Although a confrontation between China and India is unlikely, it would still be beneficial to look at the capabilities of their aircraft. India does have a fighter jet in development with Sukhoi but there is still no word on its status or abilities. So at this point, it is safe to say that China is the clear winner here.

Then there is Russia with the PAK FA T-50, which expected to enter production within the next year. Russia’s aircraft have proven to be very capable and exceed the abilities of Chinese aircraft. The two nations are friendly but if worse comes to worse it looks like Russia T-50 has the clear advantage over the J-20.