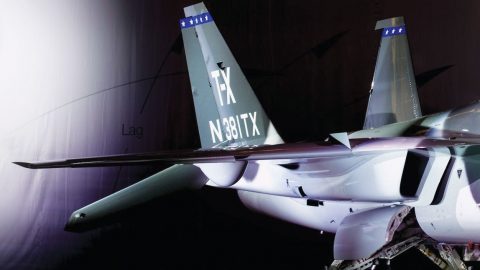 Prospective Pilots Must Be Excited.

Anyone joining the Air Force, Navy or Marines to fly is probably excited right now as pretty soon these awesome jets are going to go into full production. This video will give you all the necessary information about the capabilities of this aircraft, and will be commented on by people from the engineering team all the way to the test pilots.

Right now, if you join the Air Force you’ll be most likely training in a T-6A Texan II or a T-38 Talon. One was introduced in 2001 and the other in 1961. The latter being the only jet trainer other than the T-1 Jayhawk, this new platform will give training pilots an unparalleled advantage as it’ll give them a feel for what they’d be flying in combat. Watch the video to see why.

What’s amazing, but only if it’s true, is what the program manager said. Apparently Boeing dumped its own money into the program because they believed this is the best trainer the military will ever get. This is refreshing, as taxpayers had to pay out of pocket for most other R&D projects for the military before a prototype ever saw light. That’s a pretty refreshing thing to hear for once.

This is only their entry to the competition however. Other companies, including Lockheed of course, are also competing for the trainer contract. From what we just saw however, new training pilots are going to be happy with whoever wins.