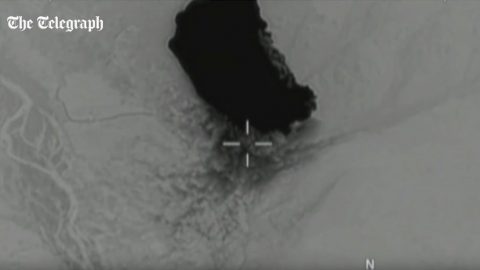 Yesterday’s bombing of Afghanistan is definitely the talk of the town right now. It’s all over the news and everybody is talking about the “Mother of All Bombs,” however, no one really knows about it.

Here at Frontline, we’re obsessed with everything military, so let us give you the scoop so you know what you’re talking about.

Politics aside, the MOAB is significant because it has never been used in combat. It’s only been blown up once while being tested back in 2003. Yesterday, however, it was dropped into a canyon to take care of tunnel and cave systems used by ISIS. As you’ll see from this video, they’ll no longer be able to use those.

As for its yield, it’s equivalent to 11 tons of TNT going off so keep that in mind when watching this footage. When it goes off, the blast radiates one mile in each direction.

That’s a lot of dead ISIS.