News | US Drops ‘Mother Of All Bombs’ On ISIS In Afghanistan 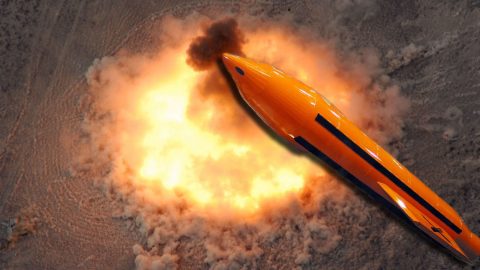 Today, the United States dropped their biggest non-nuclear bomb for the first time in combat.

Targeting a rural area in Afghanistan which had a known network or caves and tunnels used by ISIS and where a Green Beret was killed in action just days before, a C-130 was deployed to drop a monster of a bomb to cripple their ability to mobilize.

“There might have been a degree of payback here as well…There’s certainly nothing wrong with that, especially if you’re killing your enemy.”-﻿Bill Roggio, Reuters

The C-130 was used because conventional bombers such as B-52 Stratofortresses can’t fit them in their belly. Here are some stats on this bomb.

Officially named GBU-43/B Massive Ordnance Air Blast or MOAB, it weighs over 20,000 pounds. 30 feet long, its purpose is to clear large areas of targets and is also used as a psychological weapon against enemy troops.

When dropped, the blast reaches one mile in each direction from the point of impact.

We found some footage of its test back from 2003 so you can see the damage this thing is capable of.