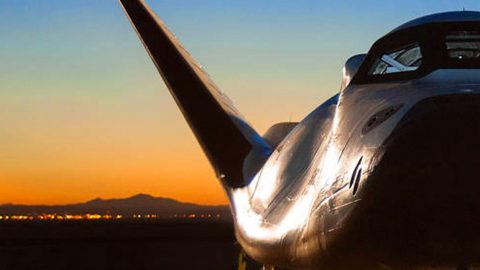 Many people have a tendency to think that space travel is just the same old thing using the same old shuttles but nothing could be further from the truth. There are many new designs out there being utilized for potential spacecraft and they all have a unique purpose. One of the more promising designs in the works is the Sierra Nevada Corporation Dream Chaser currently in the works for NASA.

The Dream Chaser is a different kind of space plane that is intended for carrying cargo. The airframe of the vessel was actually derived from an experimental Russian spacecraft that crashed into the sea and reverse engineered by American scientists. The most innovative feature of the Dream Chaser is that it can operate without a crew and successfully landed. For the first time in four years, the Dream Chaser returned to active aerial testing.

“I’m sure the team is going to learn new things today because we have all-new avionics on board.”

The Dream Chaser showed success in its earlier phases and will continue to be tested with a manned crew. Check it out in this clip as undergoes a captive carry flight test at a NASA facility.