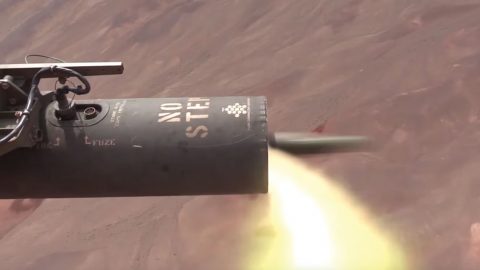 This video shows the unbelievable firepower that can be strapped to a little helicopter. It just goes to show you that size doesn’t really matter.

Captured by the 438th Air Expeditionary Wing, the purpose of the entire exercise was to train Afghan forces how to use their newly supplied weapon.

The MD530F Cayuse Warrior has been around for forever in different forms. Around since 1966, these nimble helicopters served in many roles including attack and surveillance. This particular variant however, packs some serious fire power.

Equipped with .50 cal machine guns and multiple 2.75″ inch rockets, it can provide great CAS (close air support.) As you’ll see, these capable choppers don’t have a problem destroying ground targets and these new Afghan pilots are learning that.