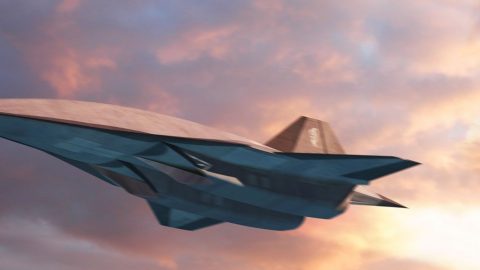 It’s Time To Get Excited.

Lockheed’s Skunk Works never failed to produce some of the most advanced aircraft in the world. From the U-2 Dragon Lady to the SR-71 Blackbird to the F-22 Raptor, everything that comes out of their hangars is groundbreaking.

Although all their projects are noteworthy, almost anyone you ask knows about the SR-71 Blackbird. Top secret in its time, it was the fastest manned aircraft ever built. Able to cross the United States in just over an hour, this plane became the most identifiable and loved aircraft because of what it could achieve and its beautiful design.

Then, in 1999, all of them were grounded indefinitely and since then we’ve been looking for a replacement.

Although this isn’t exactly “news” as it happened earlier this year, many people don’t know about what’s happening in terms of replacing this invaluable tool.

The purpose of a plane such as the SR-71 is for ISR (Intelligence, Surveillance and Reconnaissance.) Although most people would think that with satellite technologies would eliminate the need for a plane doing the same work, they’re wrong.

It takes a satellite about 24 hours to reach a point around the globe. In a time when minute to minute tactical changes are critical, that time needs to be shortened. This is why the Air Force wants a plane that can reach any point on the globe in an hour.

That’s where the SR-72 program comes in. In 2013, media got their hands on intelligence that confirmed that Skunk Works has been working on the replacement of the SR-71. Faster and unmanned, it was rumored that it would be able to hit over 4,500 mph. Then, the public got more information from Lockheed itself (see links below.)

At the end of 2014, NASA handed Lockheed just under a million dollars to study propulsion system which that combined a turbine and ramjet technologies. While helping NASA achieve their goals, this also helped Lockheed build what they needed for their SR-72.

Two years later, in March 2016, Lockheed’s CEO publically announced that the company was close to making a breakthrough which would allow unmanned aircraft to reach Mach 6. They only need $1 billion to make the prototype…

The Air Force has also confirmed that two RQ-180s were built by Northrop Grumman to fill this role, but that was only slipped by a surveillance chief in the United States Air Force during a conference and no further details were given.

As of now, top companies are fighting to show the USAF what their technologies can do and hope to walk away with a contract.