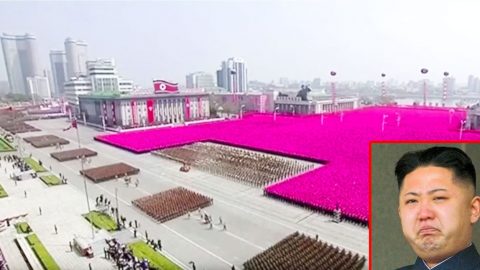 This Is The Best Music Video Ever.

With all the talk of World War III about to happen and nukes being launched all over the world, we here at Frontline would like for you to just kick back and enjoy the show. Hopefully, we’re right about this, but no government is dumb enough to start hitting their red buttons because they don’t like this or that. That’d be global suicide.

In that spirit, let’s look at North Korea, or as many like to say, the “fat kid from the short bus.” He’s flexing all sorts of muscles he thinks he has, trying to develop a rocket capable of reaching the U.S.

Sure, it might seem scary but when you think about it a bit, it’s just silly. There’s really no threat there. Even Russia and China (his buddies) are probably thinking, “Dude, maybe you should stop playing war hero and settle a bit before you really mess it up for everyone else.”

As for the video, just watch it and pick up your spirits. It’s just as funny as the thought of North Korea “wiping the United States off the map with a swift and mighty blow.”