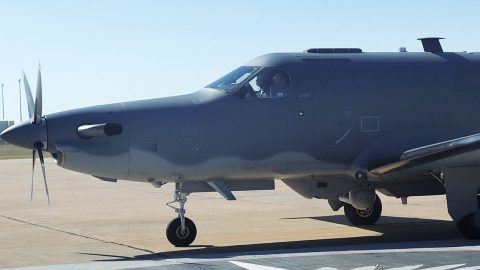 Our Condolences Go Out To All Those Affected.

3 members of the 318th Special Operations Wing were performing routine “touch and go” exercises on the air base’s runway, the last one ending in the plane crashing a quarter mile away from the base.

The squadron, responsible for conducting night vision infiltration, exfiltration and resupply among other things, uses a modified Pilatus PC-12 aircraft. A Swiss plane for commercial use, the USAF modified it to for these purposes, designating it U-28A nicknamed, “Slayer.”

“We are deeply saddened by this loss … Our sympathies are with the loved ones and friends affected by this #tragedy.”
~Col. Ben Maitre

The cause of the crash is still unknown and an investigation is underway.

The identities of the fallen airmen have not been released yet, as Air Force officials are given 24 hours to notify the families of the deceased.