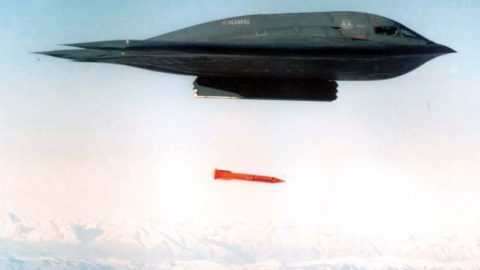 On October 6th, 2016, the National Nuclear Security Administration (NNSA) released a report that summarizes its latest nuclear trials. The key here was to test the readiness of the United State’s nuclear stockpile, making sure everything is in working order.

The DoD sanctioned the 509th Bomber Wing of Whiteman Air Force Base in Missouri to carry out the test. Two B-2 Spirit bombers were loaded with B61-11 nuclear bombs. Unlike the real warheads, all the nuclear capability was taken out of them and replaced with a series of sophisticated sensors.

“The primary objective of flight testing is to obtain reliability, accuracy, and performance data under operationally representative conditions.”-NNSA

After release, these sensors gather all sorts of flight and detonation data and are relayed to scientists and engineers at the NNSA. They then evaluate the current state of the arsenal and make suggestions on future expansion of the program.

This is happening amidst increasing tensions with Russia of course. It’s not wise to draw any conclusions, but it’s hard to ignore the fact that while we’re on the cusp of a new election and the war in Syria is becoming politically troublesome, we are collecting new data on the effects of nuclear blasts.

Is it just routine testing or are we’re just putting on our foil hats a bit too early?

The following clip is from last year’s news piece explaining what our new bombs will be able to do.