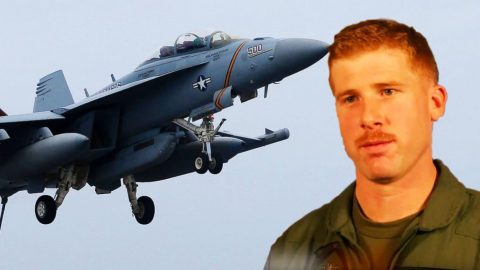 On December 7th, 2016, on the 75th anniversary of Pearl Harbor, the United States Marine Corps reported a crash off the coast of Okinawa, Japan.

The incident occurred 6:40 P.M. local time during a routine training mission. Part of the III Marine Expeditionary Force Unit, the pilot of an F/A-18 Hornet was reported to have ejected from the plane.

No other information is available at this time, except for the fact that search and rescue crews are looking for the pilot. So far it’s been over 6 hours.

With an aging fleet and the F-35 Lightning II not ready for service, there may be a pattern here. Since June of 2016, our forces saw 9 Hornets fall out of the sky. With maintenance crews struggling to keep up, maybe it’s time look for alternatives to keep our pilots safe.

UPDATE: The Japanese Ministry of Defense released a report stating that they recovered the body of the pilot, Captain Jake Frederic.

He had a son and a baby on the way with his wife Kiley.