News | USAF Made Their Final A-10 Decision-Open Their Eyes 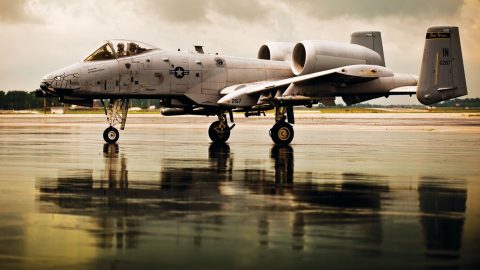 It’s no secret that the A-10 has been on the chopping block for decades now. According to some it’s ugly and always has been (we certainly don’t think so though.) It’s also slow. It is however, the best damn CAS platform ever created.

The main reason the A-10 Thunderbolt II has come under heavier fire recently is because it of the F-35 Lightning II program. You’re all familiar with it. Without going into another topic entirely, let’s just point out one fact.

The new 5th generation fighter program has been literally siphoning as much money out of everything it can, especially budgets for platforms that were built in the 70s like the A-10. The USAF however, just realized that might not be the best idea since the completion of the F-35 is not even closely in sight.

Also, a group in Congress with thousands of people who support them asked the USAF just one thing. What do you plan on replacing it with?

With no viable alternatives, the brass had no other choice but to extend the budget to maintain the A-10 fleet. Since the F-35 is completed nor tested yet and there are no other planes that can do the job in the same capacity as the Hogs, the choice was clear. Most people saw this some 10 years ago.

“They have re-geared up, we’ve turned on the depot line, we’re building it back up in capacity and supply chain…Our command, anyway, is approaching this as another airplane that we are sustaining indefinitely.”-Air Force Materiel Command Chief General Ellen Pawlikowski

Now that’s some good news for grunts. You can ask literally anyone who needed close air support and they’ll tell you that when they see the Hog they get weight lifted off their shoulders.

What does this mean for the fleet of some 283 airworthy A-10s? Exactly $2 billion dollars.

With some of the Hogs showing signs of age at this point, some will get new wings as they’ve been corroding as well as other upgrades.  Hill Air Force Base in Utah will be undertaking the work, as that’s where A-10s were worked on for decades.