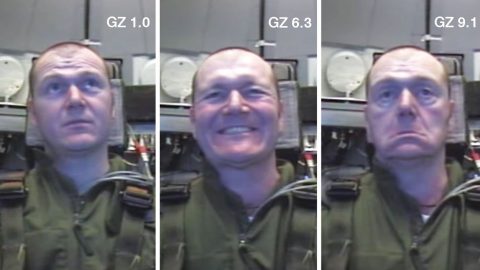 Welcome to fighter pilot school, a place of intellectual learning and finally, physical testing. We all know that you need to have the brains to be a fighter pilot in order to be bestowed with a $100M dollar machine, but then comes the physicality as well. Some pilots are smart enough to fly but simply can’t handle the stresses these modern jets put on their bodies.

This is where the centrifuge comes in. We’re sure that most if not all of you know what it is, but we’ll just give a quick rundown for those who might not know about it.

Established in the 70s when the jet age started picking up speed (literally), this massive device spins on its axis (see picture below), subjecting the pilot at the end of it to gravitational forces. This is used to train newbie pilots to use AGSM, which is a training maneuver which forces them to strain in order to push their blood back into their brains.

G-loc as it’s often called, stands for “gravity-induced loss of consciousness.” When the centrifuge spins, it mimics what the pilots would feel when performing a sharp and fast maneuver in a fighter jet. This forces their blood downwards and away from their brain. Without training AGSM, one can pass out within seconds.

Pilot (between strains): “Yeah I know.”

This monster of a dude in this video is subjected to 9Gs. That means that he feels like he’s 9 times his weight. If he’s pushing 200 lbs., that’s like a 1,800 pound weight being pressed on his chest and body.

He handles it like nothing we’ve ever seen though. Check it out for yourself.