The Real Reason U.S. Helicopters Are Named After Indian Tribes 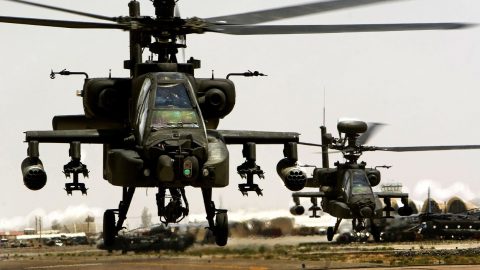 The Concept Is Brilliant.

﻿Since you folks are aviation fans just like us, it’s not news to you that most U.S. helicopters are named after Native American tribes. People who don’t take interest in this however probably know of the Apache and Chinook helicopters but never gave the names any thought.

Well, here’s where it all started.

On April 4th, 1969, the Army released a regulation called the AR70-28. It dictated that all Army aircraft should be named after either Native American tribes or chiefs. Since then the order has been lifted, but this long standing tradition still lives on as it is very popular with both the people serving and Native Americans themselves.

The name should appeal to the imagination without sacrifice of dignity, and should suggest an aggressive spirit and confidence in the capabilities of the aircraft.-Army’s “naming suggestion survey” from 1977.

When looking back at the reason the order was given in the first place, we look back at an interview Crispin Burke of WarIsBoring conducted with Bob Mitchell, the curator for the U.S. Army Aviation Museum at Fort Rucker in Alabama.

According to him, General Hamilton H. Howze, who’s considered the mastermind of the modern concept of air mobility, envisioned our air power to be “fast, stealthy, agile and deadly.” He wanted the names of the Army’s air power to reflect that and eventually came up with the idea to name aircraft after Native American tribes and chiefs as they embodied that spirit.

He is also credited for renaming the Bell H-13 (the helicopter used in the T.V. show M.A.S.H.) to “Sioux.” This is what started the tradition, then got passed into law and despite its revocation, still remains a tradition.