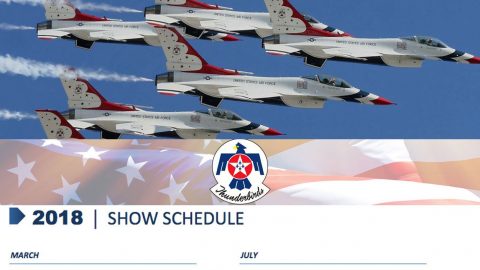 Yesterday we found the new Blue Angel’s calendar and figured the Thunderbirds might have done the same. Yes, they did.