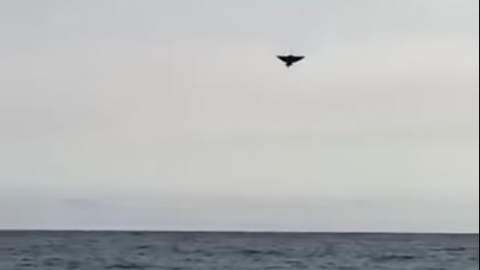 Our Condolences To All Those Affected.

On September 24th, 2017, an Italian Eurofighter Typhoon crashed into the sea while performing at an airshow in Terracina, Italy. The pilot, 36-year-old Captain Gabriele Orlandi, died in the crash.

As thousands of spectators were watching this maneuverable jet’s performance, there are many phone recorded videos on the internet. We’ve selected the one that shows the true nature of the crash, but watch it at your own risk. The crash is almost unexpected as you think the pilot will make it out of the loop. Until he doesn’t.

The Italian aviation administration and government agencies have vowed to launch a full investigation into the crash, but speculations as always, are at an all-time high. The most common one is that the jet lost thrust when exiting the loop, hence the pilot’s inability to recover. We will not venture down that road and will wait until an official report comes out.

To make this event even more heartbreaking, the pilot’s wife and parents were in the audience when the accident occurred.