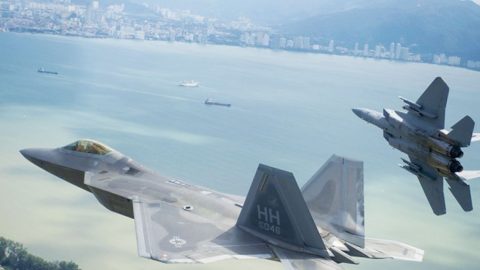 We Didn’t Say It, The Pilots Did.

When it comes to the United States Air Force, we here at Frontline have heard almost every single complaint there’s to hear. From people arguing over whether or not World War II planes should be flown at airshows or put on static display to the F-35 sucking the defense budget dry, there’s not much we haven’t heard or seen.

“I could never see them. I never knew they were there and I died.”- Captain John Teichart | Raptor Pilot

Everyone is entitled to their opinions of course (this is one of the beautiful things we can enjoy in our country), but the one about F-22s being a waste of money and being compared to F-35s we’re tired of hearing.

Up until now, F-15 Eagles were our air superiority fighters. Never shot down, people keep saying the USAF should stop wasting money and just upgrade them. Don’t get us wrong, they’re outstanding planes, but not for today’s war. Here’s what happened when they were put against F-22s. Wait, sorry. AN F-22. Singular.

The F-35 is another story. Over budget and long overdue, this fighter might be an adversary no enemy plane will ever see which was the point from the beginning. All that negative talk and we might just have to eat our words in the future. Just throwing this out there.