We’re Getting A New Kickass Chopper, But It Costs More Than An F-35–Jaw-dropping Price 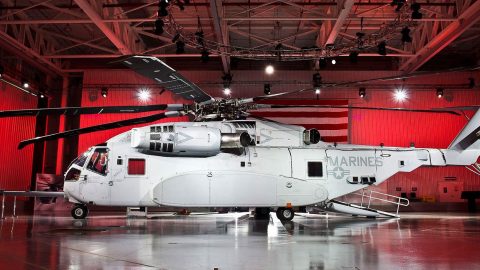 We Need Them, But C’mon…

Don’t get us wrong. Here at Frontline we’re all about the military and support it wholeheartedly and we know that we need new equipment. You guys who served definitely know that we have some aging aircraft that need to be replaced as it’s actually putting active duty guys at risk, so yeah, we should get the best equipment there is.

But how in the world is Lockheed raking in all this money? Seriously. We owe a lot to this company as it came up with the latest technologies for decades, but 131 million dollars for one helicopter? C’mon! The most expensive version of the  F-35 which is a money pit everyone is talking about has a fly away cost of 121 million per aircraft.

The CH-53K is just a bigger and upgraded version of an aircraft we had in 1966.

Check out the footage of Lockheed’s spec video and see for yourself. Also, let us know what you think about this.

Like we said, we fully understand the need for new and the best equipment, but is Lockheed having taxpayers bend over and taking everything they can?