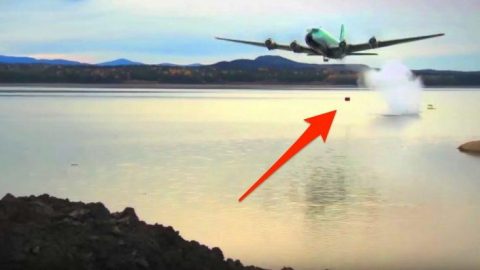 (Department of Engineering, University of Cambridge/YouTube)

You don’t see the Bouncing Bomb very often as it was a niche market explosive device. This powerful bomb was used by the Royal Air Force during WWII and earned its name from the ability to skip long distances over water before detonation. 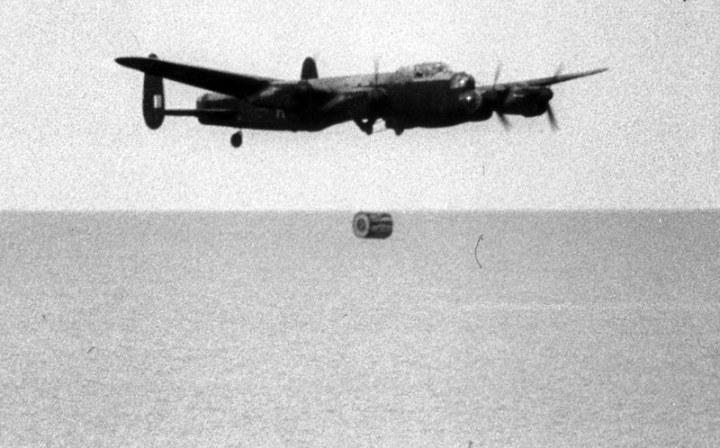 The bouncing bomb found a role as a maritime weapon skipping across the surface of the water to avoid nets that could stop torpedos. Used by low flying planes such as the Lancaster bomber as a means delivering a surface torpedo. Not many bouncing bombs were made some in use against the German Battleship Tirpitz and the more infamous role destroying dams in Germany.

“In 1939, visionary aircraft designer Barnes Wallis designed a very special bomb that would bounce across water and destroy German dams. The raid in 1943 was a success and a 1950s feature film carried the the Dambusters story into British legend.”

Dr. Hugh Hunt an engineer from the University of Cambridge was curious about the destructive potential of the bouncing bomb so he recreated it. For the first time since World War II, a bouncing bomb will be used in action. Check out the video Dr. Hunt’s explosive experiment when he takes the bouncing bomb all in against a dam.