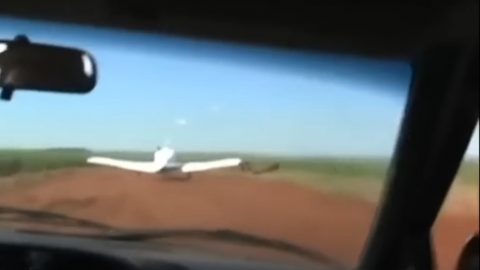 This is probably one of the most wildest police chase downs you’ll ever get to see. On the video, the Brazilian federal police who was riding a truck chased down smugglers on a fleeing aircraft and kept it from taking off.

It was like a scene in the movie and video games. The crazier part was that these Brazilian cops were “on-duty” at the time of the incident and the cameraman certainly did a good job filming the whole event.

There are also several videos in the internet that happened in Brazil, where most justice is served by off-duty cops who happen to be in the right place at the right time. Kudos to the Brazilian police officers. You can watch the whole footage below.