Britain’s Most Rugged Fighter Only Had One Major Flaw 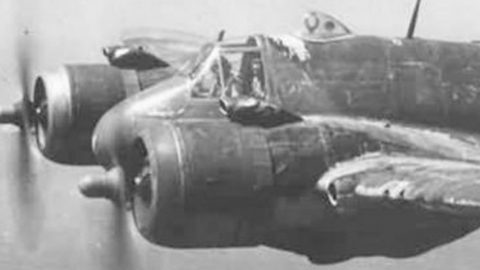 The Battle of Britain cost the lives of my pilots in a struggle that would result in the first major victory against Nazi Germany. The Royal Air Force had great planes but they needed better ones to stop the German onslaught. Following the trend of the twin-engine destroyer aircraft, the RAF brought in the Bristol Beaufighter.

“The pugnacious Beaufighter derived closely from the Beaufort design, and more distantly from Blenheim antecedents. Equally, at home on land or sea, the Beaufighter was highly successful as a heavy strike fighter, as a night fighter, in reconnaissance or in the torpedo attack role.”

The Beaufighter found an established role as a night fighter during the Battle of Britain. The fact that these planes were equipped with radar allowed for better detection of enemy aircraft during the blitz, allowing it to succeed as an interceptor.

But not all was well for the Beaufighter, it was afflicted by a major issue that affected its success in combat. Its weight was on the problematic side, slowing it down to a near vulnerability when it was in combat and pilots also complained of dangerous landings to the weight.

The Beau remained a powerful symbol of the Royal Air Force throughout the war. It may be the full definition of a heavy hitter, check out what it could do in this archival film.