Close encounter with a jet plane 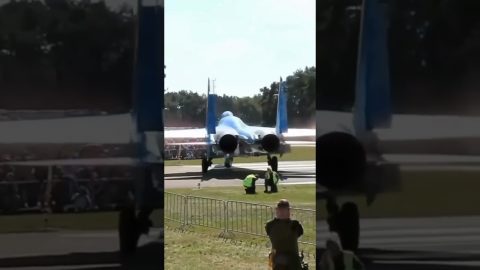 “Be Mindful Of Your Surroundings”

Normally, ground crews would stand behind and to the side of the aircraft during startup to check for fires. Sometimes, standing in the path of the exhaust (with no afterburners) could also be fine – just as long as the pilot doesn’t throttle up too much.

That’s not always the case, however. Just ask the two ground crews in the video!

Both men kneeled and looked away from the exhaust, a standard procedure. Though one of them looked up to check what was happening, he didn’t expect what would occur after.

The pilot started the engines, with the exhaust pointed at the two, toppling the men and barriers behind the jet. Luckily, both men looked to be safe after the incident.

Who do you think was at fault? The ground crew for being too close? Or the pilot for starting his engines?