The MiG-21 That Got Stuck In An Apartment 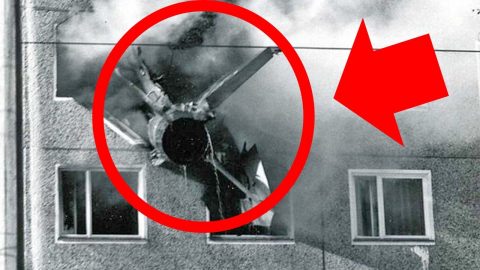 An apartment building in Cottbus, Germany, was part of a unique accident around 50 years ago.

On January 14, 1975, Major Peter Makowicka was on a training mission while operating a MiG-21. During his final approach to a military air base, the aircraft’s engine unexpectedly turned off.

Though his commanders ordered him to eject, Makowicka decided to pull up to prevent him from crashing into a factory with thousands of workers.

The MiG-21 instead hit the second floor of an apartment block, killing Makowicka and five women on the spot. Fire quickly spread from the basement up to the 4th floor, injuring sixteen more residents – many of whom jumped out of the windows in panic. It took hundreds of firefighters, police, and medics to evacuate the residents and extinguish the fire in less than two hours.

Later, they would find out that an open cover latch on the engine compressor section resulted in the engine switching off. The technician who failed to close the latch correctly was sentenced to five years in jail.