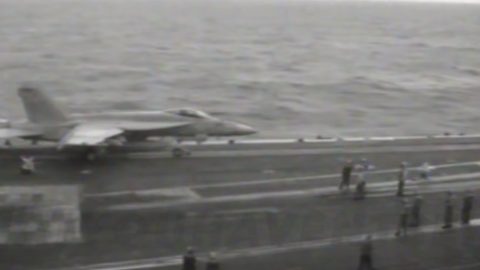 Someone is definitely going to get chewed out because of that. With no official reports about the incident, we have to trust the internet detectives for now.

A former F-18 avionics technician thinks that the likely cause was the emergency jettison button getting accidentally pushed in. This button would cause the fuel tank to be ejected in case of an emergency. However, safety measures have already been implemented to prevent the pilot from ejecting while on the deck.

For the ejection to actually push through, the plane needs to be off the ground (or weight off wheels). In this video, it’s clear that as soon as the F-18 took off, the tank was suddenly ejected.

Hopefully, this pilot had an ironclad excuse for this incident!