Reasons Why US Bought These $22 Million Revolutionary Boats 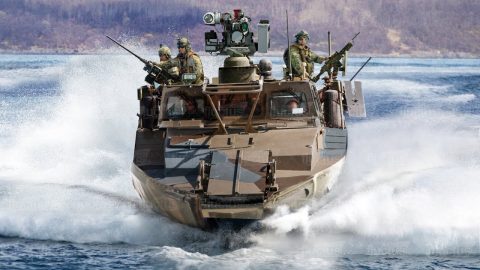 The Saab Dockstarvavet has been producing revolutionary boats for 30 years. They were the ones responsible for the development of the CB90, a fast combat boat used by a number of countries for its amazing performance at high speeds.

Now, they aim to release the upgraded version of the CB90, the CB90 Next Generation, with more efficient jets and a new combat system. The new version honed in on being faster and making it able to carry more troops and cargo in shallow waters.

Another impressive “boat” that the Marines have taken an interest in is the ACV. Developed by BAE systems, the Amphibious Combat Vehicle was designed to combine amphibious capabilities with Iveco’s propensity to produce amazing armored vehicles.

In late 2020, the ACV was approved by the US as it impressed the army officials with its performance compared to the Assault Amphibious Vehicle. The company was awarded a $180 million contract and is now in full-scale production.