The Frigate That Was Too Big To Serve 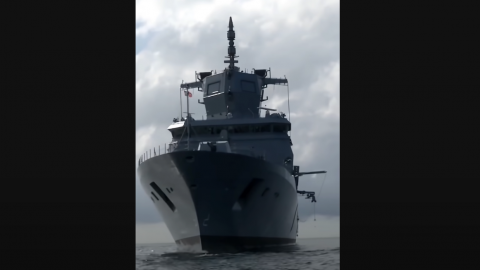 Germany’s Baden-Württemberg-class frigates are the equivalent of the US Navy’s USS Zumwalt. Almost all of the systems integrated into the ship are brand-new technologies never been deployed on any other warship.

However, this also came with a new set of problems. The ship’s designers had a major challenge integrating these new systems, along with many more issues.

One issue about the ship was its weight. During its sea trials, the ship wasn’t able to make the intended top speed using its new propulsion system. The ship also had a tendency to lean a bit to the starboard side at 1.3 degrees.

Because of these issues, Germany refused to commission the ship in 2016. As luck would have it, the frigate was eventually accepted and commissioned in 2019, two years later than initially planned.