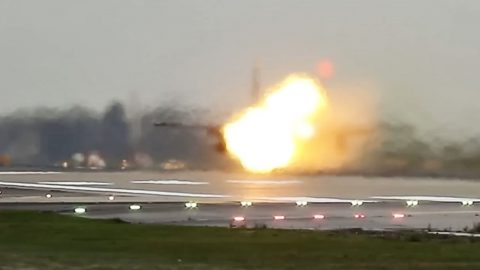 The 492nd Fighter Squadron’s F-15E was about to leave RAF Lakenheath when one of its engines decided not to cooperate.

Both aircraft afterburners were ignited for takeoff until the left engine compressor stalled. Fortunately, the pilot immediately brought both engines to idle, which terminated the afterburners. His quick reflexes might have just saved his life.

Unfortunately, there hasn’t been any official report on what really happened. However, most viewers have pointed the blame to the left engine flaming out, or the compressor stall, which forced the engine to remain idle.

Nevertheless, it looks like the repairs won’t take long. Lucky for them, their squadron is part of the 48th Fighter Wing at RAF Lakenheath, where they operate the Strike Eagles.