Genius Techniques US Aircraft Carriers Found to Protect Themselves at Sea 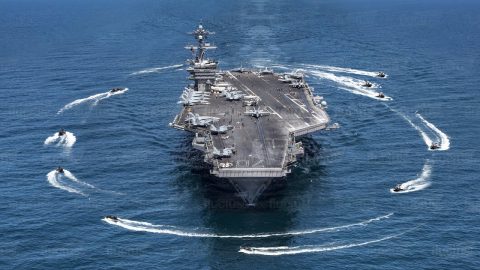 Frequent ship maneuvering drills are utilized by fleets to prepare themselves for the worst. US carriers are inclined to do this since these maneuvers are especially helpful to throw off any harmful attacks. Carriers would also do shock trials to test how it would react when missiles are fired close to it.

Strength in numbers is a fairly old saying but it still holds true in warfare. Carrier strike groups are composed of about 7,500 personnel. It includes a cruiser, a destroyer squadron, and a carrier air wing to house 70 planes. In some formations, submarines and supply ships are also used.

Though not typically seen as “stealthy”, some carriers do use stealth technology to minimize their presence. Low radar signatures are a staple in these ships. In addition, noise reduction through the use of muffled exhaust systems and propellers can also be observed in some ships.