How Many Nuclear Missiles Can the United States Intercept? 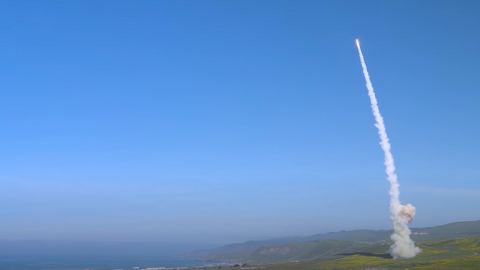 Radars At The Ready

It can take up to thirty seconds to detect the launch of an ICBM, depending on the weather. Once an ICBM is detected, an accurate trajectory of the booster can be calculated – but not its target.

ICBMs burn for about 250 seconds. It takes thirty seconds to detect, seventy to launch an interceptor, and about a hundred for the interceptor’s burn time. That means C&C needs to decide before it reaches the next phase in less than a minute.

During the Midcourse phase of the ICBM, the US can use its Ground-Based Interceptors, SM-3 missiles, and the Aegis Ballistic Missile Defense System.

The PAC-3, Terminal High-Altitude Area Defense, and Sea-Based Terminals can all be utilized during the ICBM’s terminal phase. Another way to shoot it down is to use endoatmospheric interceptors armed will small nukes (i.e., Russia’s A-135).

An R-36 ICBM can house ten warheads and forty decoys. Assuming that the radars correctly identify all ten warheads, America’s 44 GBIs can neutralize at least 4 ICBMs.