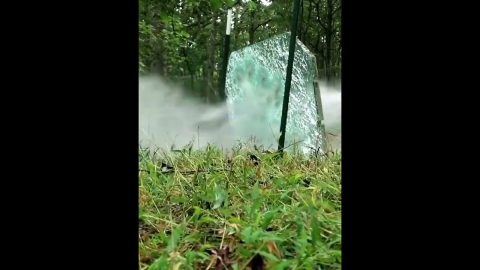 YouTuber hickok45 gave us a fantastic display of accurate shooting and recoil control in his video.

He aimed his M60 machine gun at three watermelons stacked like a pyramid with thick bulletproof glass between them. When he pulled the trigger, you could see how easily the .308-in bullets pierced through the bulletproof glass. He didn’t fire in bursts either; Hickok45 held that trigger until the gun was empty.

As the video ended, he said a lot of quotes that his community thought were funny. Here are two of them:

“This won’t help you if you’re being chased by someone with an M60.”

“I have no idea what level this bulletproof glass is, but it’s definitely not M-60 level”