How the Navy Made The Most Successful Destroyer, But Now Has To Replace It 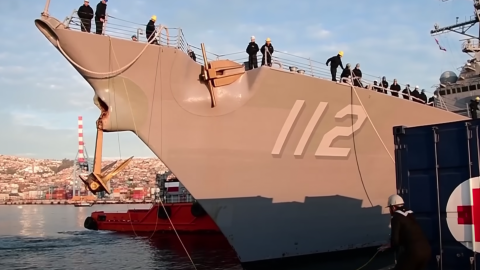 Arleigh Burke-class destroyers have proven to be dependable in combat. Though it was commissioned in 1991, these destroyers are still getting upgrades and further orders today. They have also been been built around the Aegis.

What’s so good about the Aegis?

There were three major advances that differentiated the Aegis from other combat systems. Namely, these were the SPY-1 phased array radar, the Mk 41 vertical launch system, and the integrated combat system.

Why did it replace the Zumwalt?

Upgrading the destroyer was a no-brainer after the fiscal failure of the Zumwalt-class destroyers. The Flight III, its most recent model, is almost a complete redesign, bringing in a new electronic warfare system, an Aegis Baseline 10 combat system, and a new SPY-6 radar which could detect objects four times farther than the SPY-1.

But why is Flight III the beginning of the end?

It all boils down to the hull’s service life allowance or SLA. This is why warships are designed with extra space to house future technologies. The SLA on the Arleigh Burke-class’ platform has been fully consumed. Even with an enlarged deckhouse, the Flight III could only accommodate a 14-ft version of the SPY-6, a far cry from its 20-ft requirement.