What Ever Happened To Cargo Submarines? 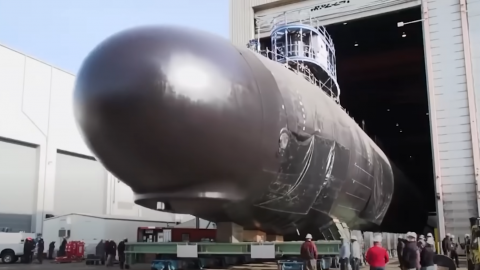 The concept of cargo submarines has floated around since World War I. At that time, Germany had hoped to use submarines to supply raw materials to help their efforts in the war.

However, the  US Navy was the first to deploy this idea in WWII while carrying supplies to the Corridor Island in Manila as early as 1942. These submarines had their torpedoes removed to make way for injured soldiers, health supplies, and even gold. Its early success led to Franklin D. Roosevelt directing the Navy to develop cargo submarines.

Three Barracuda-class submarines from the US Navy were overhauled and converter to cargo carriers by removing their torpedo tubes and main engines. However, this meant they would only rely on their diesel generators for propulsion, leaving them severely underpowered. By that point, it was found out that they weren’t as efficient as planned and were shortly relegated to training duties instead.

Germany’s cargo subs could carry 500 tons of fuel and other materials for up to 12 U-boats. It worked at first – until it didn’t. The Allies quickly spotted a cluster of these submarines and destroyed them.

Why Does The Concept Always Fail?

Submarines don’t make much commercial sense outside of military or illicit operations. Transporting goods on a large surface ship is way cheaper and has been used for hundreds of years. On the other hand, submarines are very expensive to build, are harder to maintain, and displace more water per unit of cargo than a standard boat. Not to mention, the space inside submarines is too limited for it to be economically efficient.