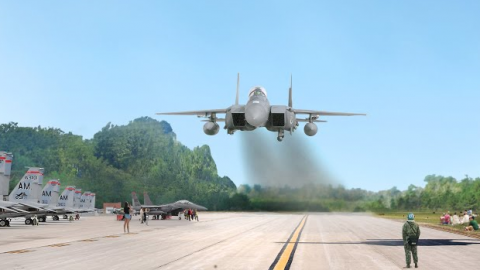 The McDonnell Douglas F-15 Eagle has been the United States Air Force’s primary fighter jet aircraft for decades. With its superior maneuverability and acceleration plus range, weapons and advanced avionics enhancements, it’s unlike any other aircraft. What truly set it apart from other fighters is its multimission avionics system.

Entering service in 1976, its all-weather strike derivative called the F-15E Strike Eagle was developed a little over a decade later and entered service in 1989. It’s an innovative and extremely versatile aircraft so watch the video below as an F-15 pilot performs low pass and vertical take off.