The M61 Vulcan is a Gatling Gun on Steroids 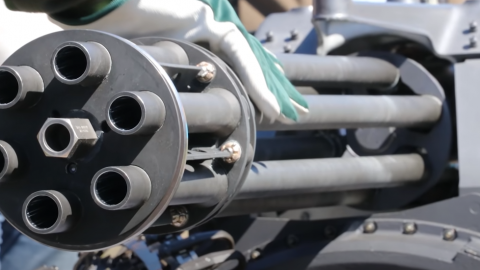 The M61 Vulcan is a six-barrel, Gatling-style rotary cannon that’s capable of firing 6000 rounds per minute. It can be driven hydraulically, electrically or pneumatically. In 1946, General Electric received the contract for “Project Vulcan” – a six-barrel weapon which could fire 7,200 rounds per minute (rpm).

The M61 Vulcan has been in service since the late 1950s and for decades, it has armed various aircraft like the Lockheed F-104 Starfighter, Republic F-105 Thunderchief, Boeing B-52 Stratofortress, McDonnell Douglas F-15 Eagle, F-16 Fighting Falcon, and many others.