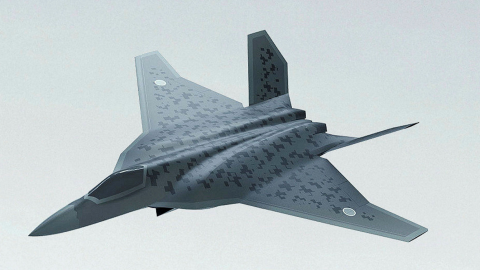 Japan is currently conceptualizing its sixth-generation fighter, the Mitsubishi F-3. The move surprised many since the country had never developed or owned a fifth-generation aircraft.

The F-3 is expected to carry six ASM-3 missiles that can reach Mach 3 speeds and have a range of around 250 miles.

To boost its offensive capabilities, it also plans to control three drones for reconnaissance missions or for carrying missiles. This technology has already been tested in Russian Su-57s controlling Su-70 drones.

Furthermore, a plasma antenna would also be fitted into the aircraft. The antenna can apparently change the aircraft’s physical properties while also absorbing long radio waves.

The plane’s airframe will be joined together using glue instead of rivets.  This could potentially reduce its weight of construction and add rigidity to the airframe.