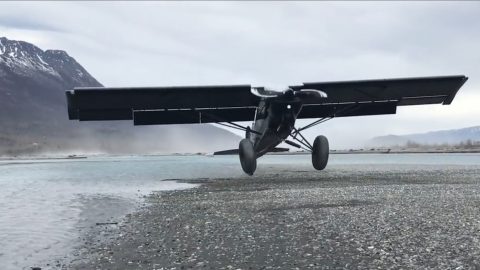 Who needs a runway when you have a headwind like this? In the video, the prop-plane can be seen descending gracefully and landing similar to a helicopter.

According to one viewer, the strut-braced high-wing aircraft could possibly be a heavily customized Super Cubs SQ2 built by Wayne Mackey. If correct, then the aircraft should be powered by a Lycoming O-360 air-cooled engine outputting 180 hp, and a two-bladed constant speed propeller.

This type of aircraft is bought as a kit and was based on the design of the Piper PA-18. As of now, only seven of these were built ever since it started production in 2012.

With that said, this pilot deserves all the credit he or she deserves for pulling this landing off. It’s not every day you see those landings made!