Why The US Can’t Replace This 100-Year-Old Weapon 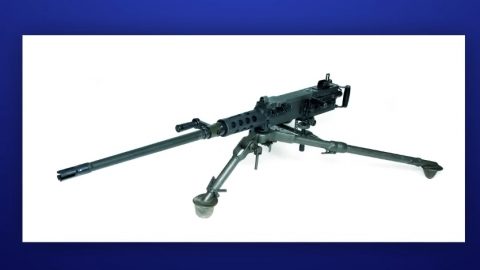 Designed in 1918, this piece of weaponry has stood the test of time and it’s still not finished wreaking havoc.

The M2  was designed by John Browning during the latter parts of WWI. It entered service in 1933, starting its wide use during the Second World War.

M2s have been extensively operated by vehicles and fighter planes to give them a bit more bite. Some famous examples were the P-51 Mustang, P-47 Thunderbolt, and the F4U Corsair.

Infantry, planes, and tanks aren’t the only ones using John Browning’s invention either. The .50-cal machine gun have also been utilized for anti-aircraft roles, anti-boat defense on larger vessels, or by naval patrol boats.

The heavy machine gun uses .50-cal rounds fired at a muzzle velocity of 890 m/s. Furthermore, this weapon has an effective range of 2,000 yards and a maximum range of 8,100 yards.

With a design that dates back from 104 years ago, this machine gun is still powerful enough to pierce through some armored vehicles used today. In fact, it’s the second longest used firearm of the US forces, just behind the M1911 pistol.