The 105MM Mobile Gun That Everyone Hates 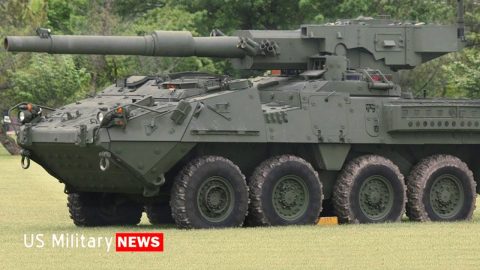 Way Too Many Shortcomings

The US Army concluded that its airborne forces were quick, yet lacked firepower during Desert Storm. Conveniently, armored and mechanized units possessed the firepower the troops lacked.

Ultimately, the Army wanted to maintain the quickness of the paratroopers while adding the armored force’s fighting strength.

The result was a “medium” tank, with wheels instead of tracks, called the Stryker Mobile Gun System. The tank weighs 20 tons, has thinner armor, and smaller weapons compared to other tanks. Its main armament is a 105-mm cannon – a considerable difference from the M-1 tank’s 120-mm gun.

Moreover, the space inside was cramped for its three-person crew. Hatches were too small to quickly escape out of and the pod was unarmored.

Basically, no MGS can expect to last long in a sustained firefight against enemy tanks – and the US Army knows it. Now, they’ve stopped production and have been trying to upgrade the Strykers on their roster.