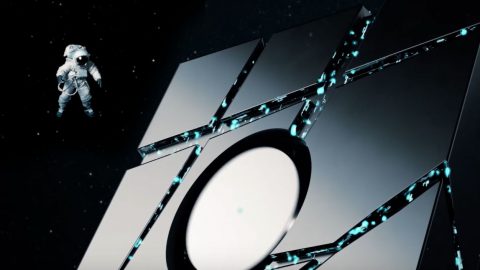 You know an online April Fools’ prank is good when it perplexes you so much you have to sit back and think about it. Add to that the fact that you have to search the comments section to see if it’s actually real or not and that’s how, ladies and gentlemen, a good prank is carried out.

Deep space is not for the faint of heart, and neither is this bold, new fragrance for the people of Earth.

We’d never think Lockheed Martin, one of the world’s biggest defense contractors, would jump on the April Fools’ Day train, but just like they meticulously craft their products, they did the same for this joke.

Starting out with a really cryptic looking device and outlandish classical music, the video inspires a sense of awe from the beginning. You immediately think, “hmm, a new processor? Perhaps a quantum server? What the heck is it?”

In the end, it turns out to be a new fragrance by Lockheed Martin. As they put it, “Created by the engineers at Lockheed Martin, this out-of-this-world scent blends metallic notes to create a clean scent with a sterile feel, balanced by subtle, fiery undertones that burn off like vapor in the atmosphere.”