US Missile Defense Just Shot Down ICBM In Groundbreaking Test 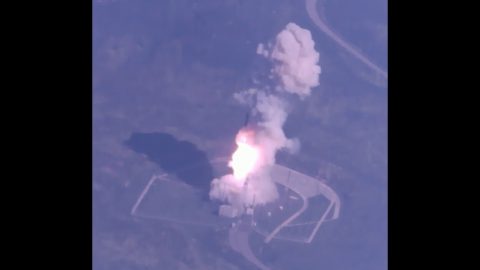 The unannounced test was a challenging but important one, as it was meant to test the United States’ preparedness against potential missile threats from countries like North Korea or Iran.

Fortunately, the test went beautifully. The ground-based system launched two interceptors from Vandenberg Air Force Base in California after tracking the incoming missile as it flew. The first interceptor slammed the the dummy warhead and the second hit the largest piece left.

Cool imagery of the #missile impact the Department Of Defense just released pic.twitter.com/6CxzutLa2D

It was important that the second interceptor continued to look for a target without being confused by the first interceptor. In a real emergency, multiple interceptors would be fired and they would all need to not interfere with each other.

“The Ground-based Midcourse Defense system is vitally important to the defense of our homeland, and this test demonstrates that we have a capable, credible deterrent against a very real threat,” – MDA Director Air Force Lt. Gen. Samuel A. Greaves

Below is the video if you weren’t lucky enough to get a glimpse of it in person!