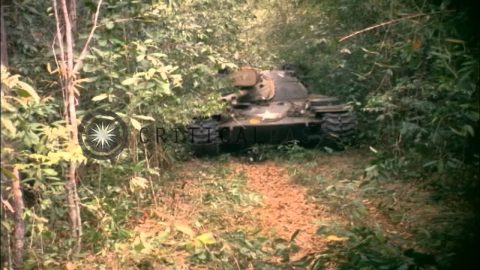 Though it may seem like an actual combat scenario, these M48 tanks were actually part of a training exercise in the United States.

M48 tanks of the 34th Armored Regiment, 4th infantry Division paraded in waves as they fire their guns across the field. In one instance, the soldiers were tasked to retrieve an M-48 stuck in dense bamboo growth. To help their efforts, a tank with a dozer blade helped to pull the tank out of the grasp of nature.

As the tanks move, we get to see the aerial view of the tanks crossing the field. What a horrific sight that must have been for America’s enemies.