M60 tank starts for the first time in 30 years 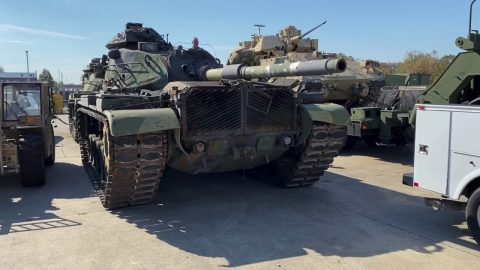 After thirty years of collecting dust and rust, an M60 was finally awakened from its deep slumber. The grumble of its 750hp Continental air-cooled twin-turbo diesel engine brought back a lot of memories to its viewers on YouTube.

Here are some of their comments:

I can’t believe there is anyone in active duty who has ever started an M60. Maybe in the Guard. We parked one on front of our armory in 1989 and it is still there.

In the Marine Corps we had a ground guide in front and rear at all times. I was a tank commander on the M60 from 1971-75. Semper Fi.

As an old 63Charlie, it was nice to see it kick over with relative ease.

M60 tanks have been in service since 1959 and have been deployed in countless wars, starting from the Cold War, so it’s not surprising that it’s gotten a lot of support from the public.