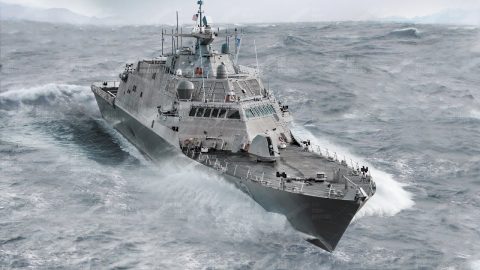 A clip of an Arleigh Burke-class destroyer can be seen fighting huge waves a minute into the video. These American destroyers cost almost $2 billion per ship, needing $1.1 billion to build and a few hundred million more for its impressive weapons systems.

These guided-missile destroyers are built around the Aegis Combat System and its SPY-1D multi-function radar. The former combines information from the sensors to display the environment and guide weapons, while the latter allows continuous tracking of simultaneous targets.

The US plans to have 19 more of these destroyers, with 70 currently active, 12 pending, and 7 in production.

With these huge and combat-ready ships in their arsenal, there’s no question the US Navy is one of the best in the world.